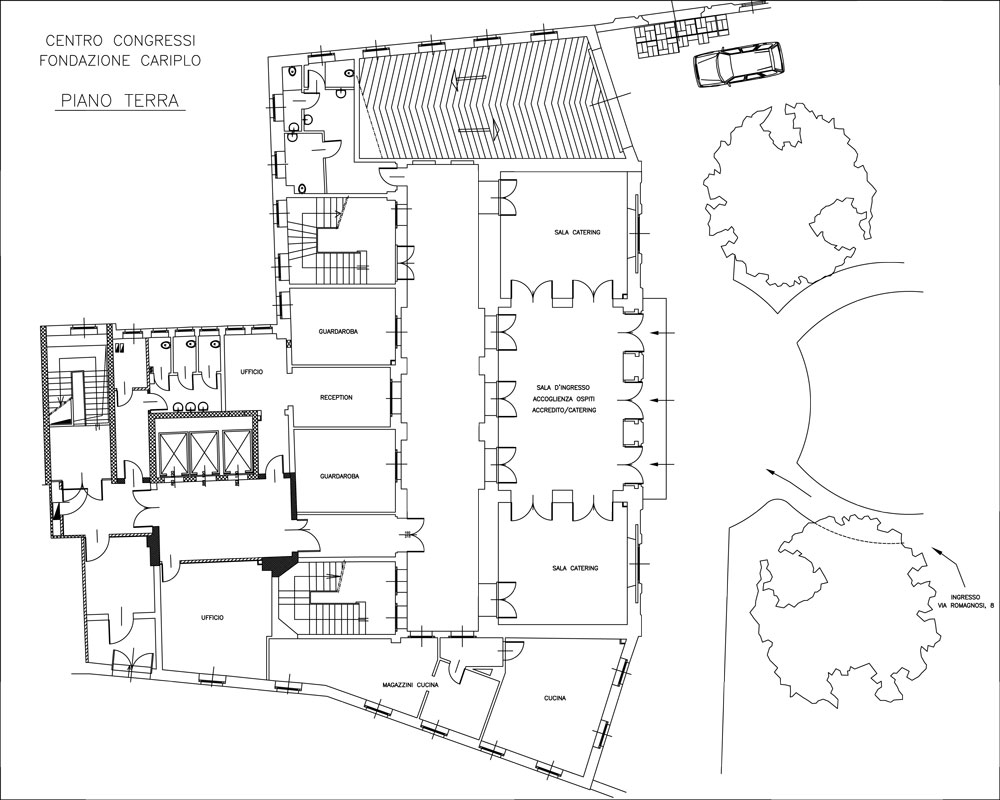 Access to the building is through the lovely garden, where a majestic beech and magnolia trees frame the elegant fountain that stands out above the many and, in spring, colorful azaleas.

Once past one of the three entrance doors, you enter the Palazzo where a large hall welcomes clients for their credit operations. The entrance hall and spaces on the ground floor (two side halls and the large rear corridor) welcome all activities related to events: organization, catering, hostesses, and they are also used for accommodating personal installations, exhibition stands, and desks for sponsors.

From the corridor (flanked by two cloakrooms that can contain up to 400 items of clothing), by one of two granite staircases or using the three roomy elevators, you can then reach the upper floors of the center where all halls pertaining to convention activities are located. 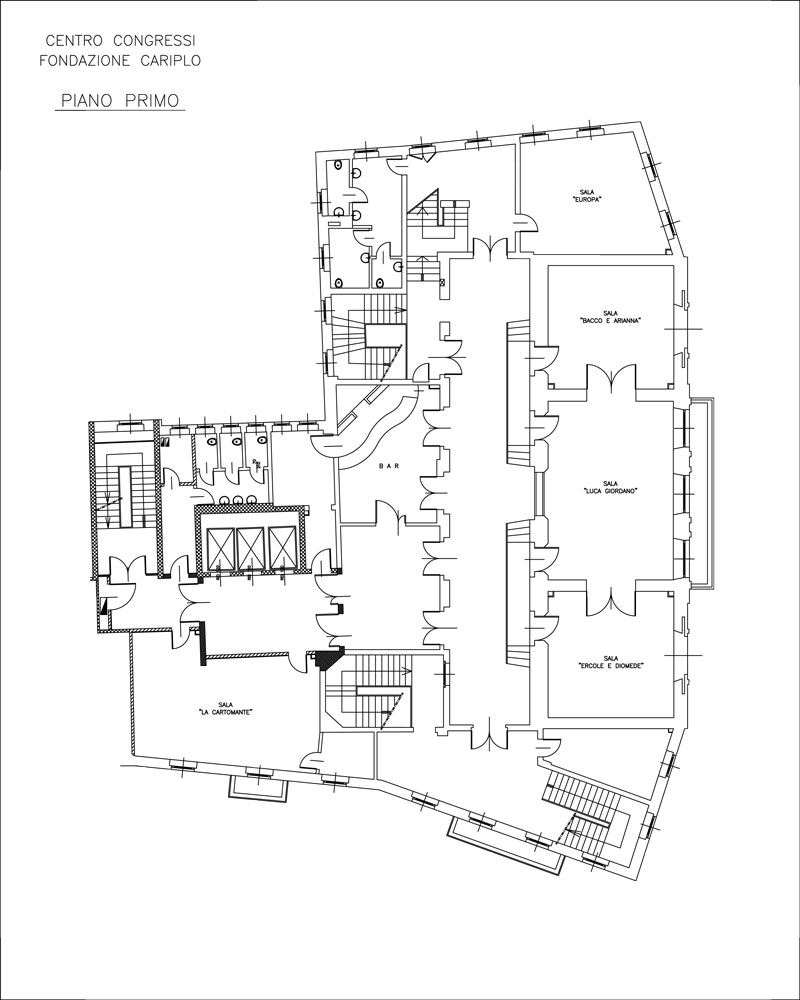 On the first floor of the building is a stately corridor that leads to three conference halls dedicated to Luca Giordano. In fact, two large paintings of the XVII century Neapolitan artist dominate the halls where, also thanks to their prestigious ceilings, which revealed gold decorations and floors with black and white marble tiles following renovations, a refined atmosphere is palpable.
The strongpoint of the three conference halls is in the TV link with the central auditorium, thanks to two 42” plasma televisions (in the smaller and lateral halls) and a 50” one (in the central hall). Adjacent to the three halls is the Europa hall. Used on many occasions as a tried and true pressroom, it is also directly connected to the auditorium and it is wired, as is the whole building, in order to ensure the most comfortable possible situation for the users and the press.
This floor is completed by La Cartomante (The Fortuneteller) hall, perfect for meetings, assemblies, and conferences. This is the last hall created of the Conference Center and is equipped with modern technologies. Thanks to its slightly marginal location, with respect to the historical portion of the floor, for smaller events, it allows for a contemporary and independent use, as compared to the conference activities carried out in the rest of the building. 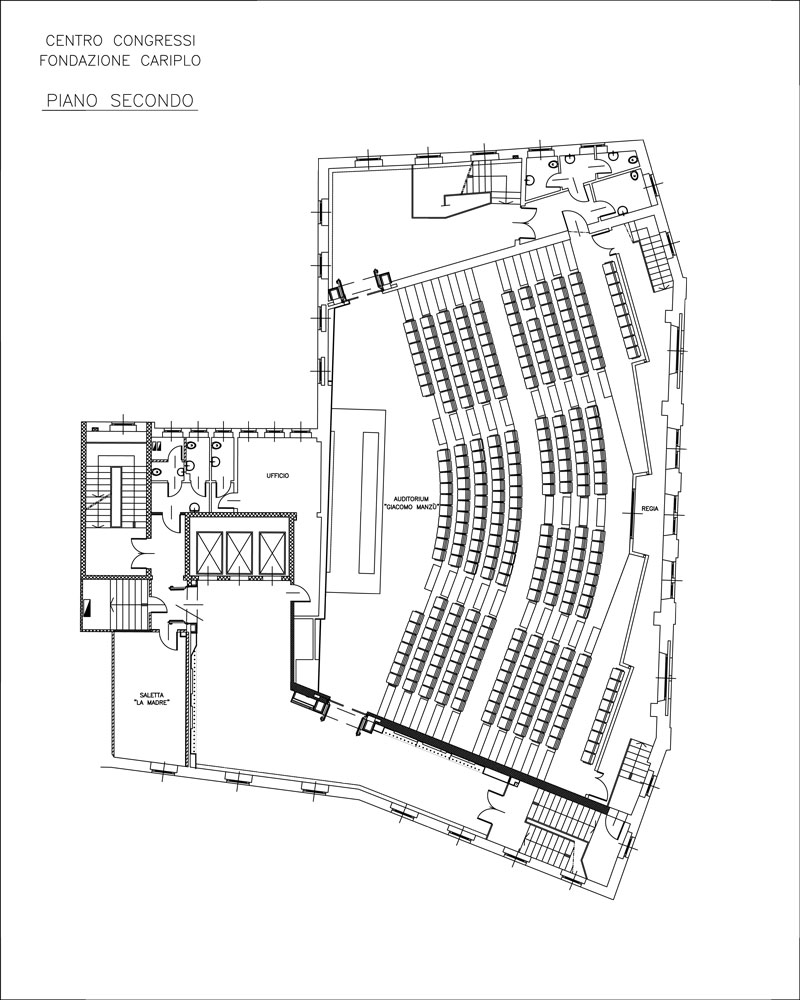 Once on the second floor of the building, you are greeted by a foyer with numerous works of art from the artistic heritage of the Fondazione Cariplo. Here, a red carpet leads to the Giacomo Manzù Auditorium. This large hall that, at the time of the first renovation (1965-1970), was named Salone dell’Economia Lombarda (Hall of the Lombard Economy), has 317 seats in an amphitheater set-up and is dominated by a precious high-relief, commissioned to Giacomo Manzù by the Casse di Risparmio delle Province Lombarde, positioned on the wall behind a central table that can sit up to nine speakers.
Adjacent to the hall, which runs between the second and third floors of the building, are the 4 simultaneous translation booths and the control room from which is managed the extensive technical equipment of the Auditorium.

Finally, on the second floor, La Madre (The Mother) hall. A friendly environment for important guests and speakers, this hall is useful for collecting your thoughts before an event, for private interviews, or just for a short coffee break.
Second floor halls: Giacomo Manzù Auditorium and La Madre. 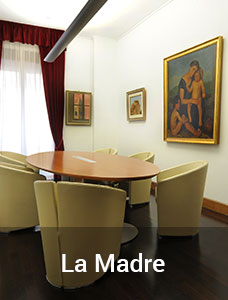 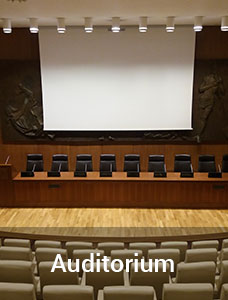 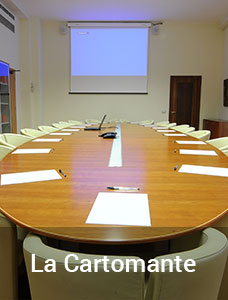 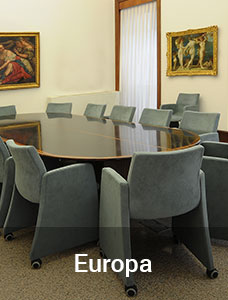 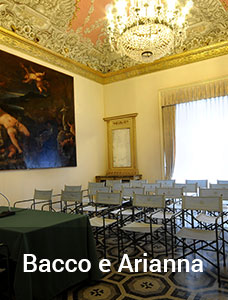 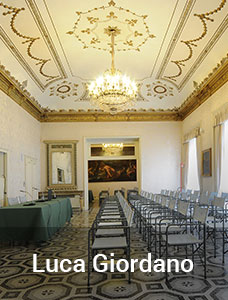 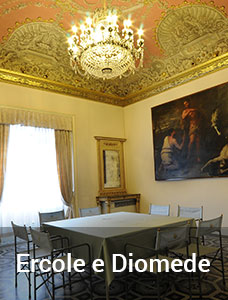